City of License: Oklahoma City
Power: 94.9 kw
Website: http://www.kxy.com/
Notes: This station has been country since 1982 and dominated the format in Oklahoma City in the 80s and 90s. Morning duo “Dave and Dan” ruled the roost for nearly 25 years, until Dave Murray retired. Dan Stroud stayed on with other hosts until 2012, when he was laid off. Stroud died in 2014. The station used to be simulcast on AM 1340 (then KXXY (AM); now KGHM).
After owner Clear Channel bought competitor KEBC (at 94.7), the company eventually chose to keep KXXY and blew up KEBC for alternative.
After KXXY’s owners acquired hot/new country competitor KTST (101.9 The Twister), KXY settled back into a mix of new and old country (Think of it as “Country Hot AC.”) As time wore on and new competitors showed up, including KKNG/KJKE at 93.3, KXY leaned on its heritage and went full-time classic country, leaning on the popular 90s tracks.
In the late 1970s and early 1980s, KXXY-FM was 96X, a progressive rock station. While never growing to the stature of competitor KATT-FM, 96X gained a loyal following in its rock years.
Before 96X, 96.1 was KOCY-FM, likely simulcasting then-1340 KOCY with a MOR and Top-40 formats. 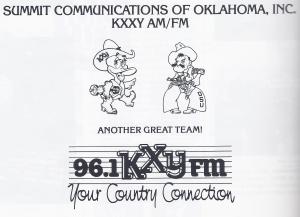 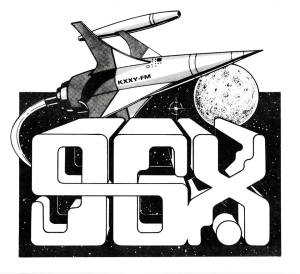