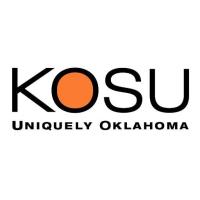 City of License: Stillwater
Power: 100 kw
Website: http://kosu.org/
Notes: KOSU has long been northern Oklahoma’s public radio voice. It always had a listenable signal in north Oklahoma City, but it has recently improved its coverage of the Oklahoma City metro area.
The station is simulcast on KOSN in the Tulsa area and a handful of translators. When the signal moved south between Guthrie and Enid (improving its coverage of the Oklahoma City metro area) in 2005, it diminished its Stillwater coverage, leading to KOSR being constructed to serve Stillwater.
In 2012, the station partnered with Ferris O’Brien’s “The Spy FM” indie alternative music online station. O’Brien was formerly with Stillwater’s now-defunct KSPI-FM (93.7 The Spy) and the Kingfisher’s also-defunct KSYY/KINB (105.3 The Spy). The Spy is heard from 7 p.m.-5 a.m. on KOSU’s network of signals, supplementing local and national public radio programming during the day.

A more extensive history of KOSU is available at http://kosu.org/about